Prizren: from historic town to creative city in the Western Balkans

Prizren is a typical European mid-sized town transformed by cultural workers. We were instrumental in getting local actors to realise the potential and to pool their ressources to develop Prizren as an attractive city of destination. This is the story on the outcome of a four-day capacity-building workshop in a place full of promises.

Prizren is the second largest city of Kosovo, a new country which became independent in 2008. With less than 100,000 inhabitants. It is a pretty little town founded in the Neolithic period influenced by the rich and tumultuous Balkan history and traditions. Squeezed between high mountains bordering North Macedonia and Albania, it is at equal distance from Pristina and Skopje, the two nearest capitals of the region. The region was famous for its trading routes between East and West, Venice and Constantinople. The river Bictrica flows through a city full of architectural testimony from diverse influences and cultural traditions. Prizren was occupied in turn by Romans, crusaders, Slavs, Serbs, Ottomans, Bulgarians, during WWII by nazi Germany, fascist Italy and Albania. As a result, the region and its inhabitant’s resilience have been tested with a disproportionate amount of suffering from ethnic cleansing, invasions, wars and mass killings. The community is now predominantly ethnically Albanian. Though other minorities such as Turkish, Ashkali (a minority declaring itself as Albanian Roma) and Bosniak (including the Torbesh community) live there. At the end of the war with Milosevic’s Serbia in 1999, Serbian and Roma minorities fled. The OSCE estimated that 97% of Serbs and 60% of Romani had left Prizren by October 1999. In Prizren’s municipality, Albanian, Serbian, Bosnian and Turkish are official languages. Moreover the city has 30 mosques, 14 Christian churches and 4 Takiyaat. The city and its numerous bars and restaurant attracts many visitors and tourists looking for a break in a pleasant and green environment.

Prizren hosts a large number of cultural events and organisations beside the traditional city theatre and archaeological museum. Intangible heritage is also very rich, notably crafts (dowry embroidery, tapestry and jewellery, such as the filigree), music and gastronomy (traditional bread such as cornbread or Leqenik, cheese, meat-based dishes such as tavë, sarma and ćevapi, or the homemade alcoholic drink rakia).

The city‘s cultural resources and infrastructures are simply extraordinary. The most incredible resides in the presence of 17 cinema screens. It is probably the highest proportion of screen per inhabitants in Europe. Prizren is home to several internationally renowned annual festivals in contemporary Art and in cinema. The international documentary and short film festival DOKUFEST is the largest film festival in the region. It attracts more than 50,000 visitors each August, according to an impact assessment study carried out in 2018. With a total budget of nearly EUR 400,000, the festival generates spillovers for EUR 4.2 million in the local economy and creates 22 FTE (full-time equivalent) positions and 80-100 seasonal jobs, in addition to 100 volunteers coming from all over Kosovo. In the visual art scene, Autostrada Biennale is the first contemporary art biennale in Kosovo. They’ve launched their second edition with more than 30 invited international artists in 12 locations distributed all over the city, often in abandoned spaces. In addition the Lumbardhi Foundation operates a social innovation space in a repurposed cinema with two large screens hosting more than 500 people (indoor and outdoor). Last but not least, Cultural Heritage without Borders – Kosovo (CHwb) is the most active NGO in the region in regenerating and preserving heritage sites and memory as a resource in reconciliation, peace building as well as economic development. Amongst others, it contributed to the safeguard of the medieval Kaljaja (Prizren fortress) that dominates the city. The NGO is considering the development of a heritage management plan to make the most of the 5,000 visitors per day that visit the beautiful and well preserved site during summer. It is a potential location for the intended creative hub.

Toward a heritage-led creative hub in Prizren

On the initiative of CHwB Kosovo, the ILUCIDARE capacity-building mission created the opportunity for representatives of six cultural NGOs and entrepreneurs (CHwB Kosovo, DOKUFEST, Lumbardhi Foundation, Austostrada Biennale, Oral History Initiatives, Skins Agency) and a public authority (Regional Centre for Cultural Heritage in Prizren) to consider the development of a local creative hub. This hub will aim to support creative entrepreneurship and to provide a space for networking, collaboration and experimentation.

KEA’s intervention led to the realisation that setting up a creative hub was an opportunity for local cultural workers to influence the development of the city on a variety of economic and social levels. The local NGOs forming a major force of transformation, discovered their potential. Together they can mobilise artistic and cultural efforts to build a creative hub and center together for education, training and entrepreneurship. Such a center will enable the local community to develop skills in audiovisual, digital and the creative economy, or traditional craftsmanship. Through the support of artistic and cultural production, culture and creative industries would spearhead urban regeneration creating new jobs and retaining talents in the city. Their activities would contribute to but also increase citizens’ engagement and social participation. They would improve quality of life and intercultural dialogue while building a basis for essential confidence and trust within this population of multiple origins.

Cultural workers brought together during a capacity-building activity

The capacity-building mission was instrumental in helping local cultural workers to:

The initiative is well-timed as the EU considers the Western Balkans is a priority region for the development of cultural and creative industries. The creative sector is indeed perceived as instrumental in reinforcing regional cooperation as well as intercultural dialogue. In the public hearing before the European Parliament on September 30, 2019, Mariya Gabriel, the new Commissioner for Innovation, Research, Culture, Education and Youth, underlined that the Western Balkans are a   priority area in terms of European international cultural cooperation. A new regional cooperation program for Western Balkans to support the cultural and creative sectors (EUR 8 million under the IPA II program) is due to kick-off in the first quarter of 2021. Other EU funding is available through other programmes such as Creative Europe, Erasmus+, Horizon Europe and IPA III.

When public authorities will have fully apprehended the strategic role of cultural investment in transforming a territory, Prizren is bound to become a major territory of destination in the region.

This story stems from the first capacity-building mission of the Horizon 2020 funded project ILUCIDARE during the week March 2-6, 2020. ILUCIDARE (Grant Agreement No 821394) is a three-year project aiming to set up an international network of stakeholders to facilitate dialogue, knowledge transfer and awareness raising activities with a view to promote heritage as a resources for innovation and international cultural relations. 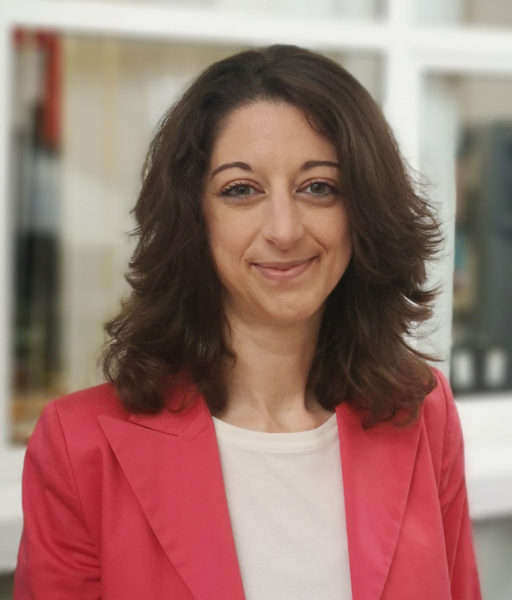