Next European Commission: a pursuit of synergies for culture in the Digital Age 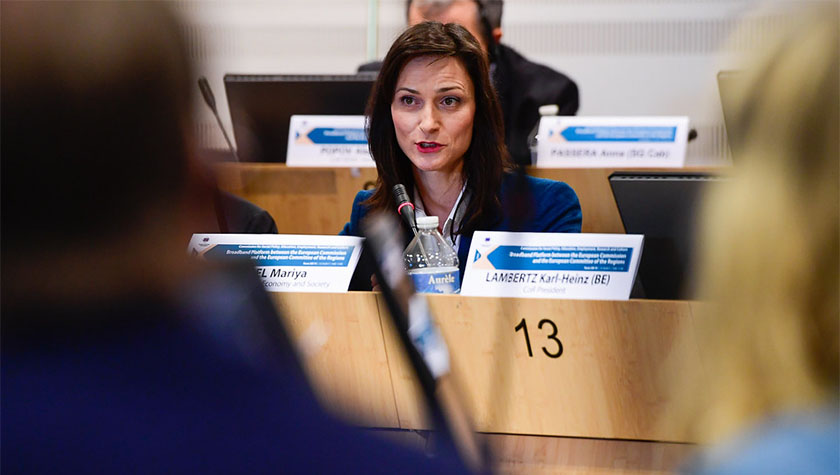 Mariya Gabriel’s wide portfolio, as well as the lack of reference to ‘culture’ as part of its title, has brought some confusion regarding what is to be expected for. Thus, following our recent article on the new Commission scheme and the place that culture has within it, this article also aims to build up on what can be expected for the cultural domain under the guidance of Mariya Gabriel as well as Sylvie Goulard and Margaritis Schinas.

The introductory remarks of Gabriel’s hearing already revealed the two factors that would guide the rest of her hearing and that are likely to be the main drivers in her actions as Commissioner: on the one hand, finding synergies within the different domains of her portfolio and with other Commission’s portfolios; on the other hand, technological innovation. ‘Inclusiveness’ as well as the need of the ‘knowledge triangle’ of education, research and innovation for environmental, social and economic transitions were also insisted on by Gabriel through her hearing. She listed eight challenges among which culture issues were particularly addressed for the first time in the hearing. More concretely, Gabriel highlighted how “culture, in its diversity defines who we are”, enhancing that it represented our common value with humanity at its core. She pointed out the need for technological innovation in this domain as well as for preserving cultural heritage, praising the European Year for Cultural Heritage (2018).

The first question from MEPs referred to the polemic lack of mention of culture, education and research in the name of the portfolio, which had also already been remarked by the chair of the CULT Committee, German MEP Sabine Verheyen at the beginning of the hearing. Gabriel insisted again on that to have all these domains together under a single portfolio represents a challenge, but at the same time an opportunity.

When asked about European heritage and how to preserve and transmit it, Gabriel outlined two main priorities: the need for further digitalization while mentioning the Europeana initiative as a reference of good practice – and the lack of participation and thus the need for reinforcing inclusiveness and networks. Gabriel also stated the decision of creating a Commission expert group on cultural heritage (Cultural Heritage Forum) that will meet for the first time on 15th October 2019. In this line, when asked later on about how to ensure the place of diversity concerning underrepresented cultures such as migrants, ancient colonies and overseas territories, Mariya Gabriel insisted again on how new technologies represent an opportunity in this sense and that her reformulation of the Erasmus+ programme will offer more possibilities of equal participation. However, there is growing concern in the CCS about the impact of new technologies on cultural diversity, notably in relation to concentration of large digital operators, of suggested contents by algorithm and in terms of standardized formats for digital streaming (see KEA’s latest study for the European Parliament CULT Committee). Ms. Vestager’s supervision will hopefully help addressing these concerns in the upcoming EC mandate.

Coordination with Mr. Schinas’ mission (Vice-President-designated for “Protecting our European way of life”) will also be instrumental in addressing the challenge of inclusiveness and diversity in the backdrop of demographical changes. If culture was little spoken about in his hearing, it has a large place in the written questions and answers to the European Parliament. Schinas praised the role of culture in engaging all citizens across the Union, creating a feeling of community. He insisted on the need to promote and protect diversity and inclusiveness. He also highlighted the cohesive role of culture, making reference to several EU programmes that can provide effective support to the sector: Creative Europe; the future funding through Erasmus+ of intercultural exchanges among students and support its participation in cultural heritage-related volunteering and educational projects; his aim to further develop the education and cultural learning component of DiscoverEU.

Regarding international cultural relations, Gabriel acknowledged cultural diplomacy as a “true soft power tool” that can open doors and contribute to dialogue, making a special reference to the work that has been done with the Western Balkans countries to include them in the Creative Europe programme.

On her side, Sylvie Goulard was questioned about her ability to handle a large portfolio including issues such as single market, industry, digitalisation, defence, security and space policy and ensure that audiovisual policy gets the focus it requires together with a coherent Creative Europe Programme. Competition and concentration within the CCS will also be in her agenda with the need to tackle imbalanced between small disadvantaged players vis-à-vis large players as she recalled during her hearing.

Synergies between the different Commissioners’ portfolios

As during her hearing, in her written responses Gabriel had built on synergies, insisting on the need of “joined-up policy and funding for culture” as it “cuts across many policy fields, from education to research, from social cohesion to external relations”. In this regard, she specifically cited how in the 2014-2020 period, the funding for culture under the European Structural and Investment Funds was around EUR 9 billion, “far beyond the financial capacities of the Creative Europe programme”. She praised the Smart Specialisation Strategies as a good example of mobilizing funds for targeted objectives that has proved successful in several regions. She also mentioned a proposal for a new Knowledge and Innovation Community of the European Institute of Innovation and Technology, dedicated to the Cultural and Creative Industries in order to tackle fragmentation in the sector and make culture more available worldwide.

The challenge of concrete synergies with other Commissioners’ portfolios came up oftentimes. In this regard, Gabriel revealed that her vision of Schinas’ portfolio and the collaboration dynamic she is aiming at with him should focus on inclusiveness. Accordingly, she highlighted the need to rather use the term ‘diversity’ over ‘multiculturalism’, in order to avoid the leading to any rifts. When it came to the ‘synergies’ with Sylvie Goulard, who as the Commissioner-designated for Internal Market is in charge of overseeing the MEDIA strand of Creative Europe (while Gabriel is in charge of the Culture strand), she, again referred to synergies and the need for close cooperation. In this regard, Gabriel energetically insisted on her experience in managing the MEDIA strand as the former Commissioner for Digital Economy and Society, and her fruitful cooperation with Tibor Navracsics, the former Commissioner for Education, Culture, Youth and Sport, which she says will play on her favour for that successful collaboration with Goulard. A collaboration also supported by the latter who recognised the dynamism of the cultural sector (with a special reference made to the gaming sector), she welcomed her future close collaboration with Gabriel across Creative Europe and Invest EU. This instrument will be instrumental indeed for the continuation of the CCS Guarantee Facility operated by the European Investment Fund. Nonetheless, these dynamics will be subject to whether if Goulard is finally confirmed as a Commissioner -which is still uncertain- and, in that case, whether the MEDIA strand of Creative Europe will remain within her portfolio or if it will be moved under Gabriel’s one like it has been proposed by EPP officials.

No budget increase for the Creative Europe programme

Despite her decision to increase funding for programmes in her portfolio such as Erasmus + and the future Horizon Europe, Gabriel implied she was not planning to increase the budget for Creative Europe, which led to a notorious discontent among the MEPs. She argued that she already had succeeded in landing a 34% increase for the MEDIA strand when managing her former portfolio, and proposed instead to focus on the transversal strand of the program and other ‘synergetic’ options such as the pilot project “Creative Innovation Lab” and the opportunities for creativity, heritage and culture under Horizon 2020.

Improving the innovation capacity in the cultural and creative sectors remains to be tackled. Yet it has to be recognised that innovation for some parts of the CCS mainly means working on business models and audience development to pursue their initial objectives. Therefore, it is not always (entirely) about technological innovation. Moreover, considering the small size of most CCS operators, they often do not have the human resources nor the financial capacity to apply for funding or carry out projects of large scale even under the Creative Europe Programme. The challenge will be else with future innovation projects if they are to be of the scale of the current Horizon 2020.

A promising plan for culture spanning across other policy domains

All in all, Gabriel dedicated a reassuring moment for culture in her hearing, when she firmly and undoubtedly stated that culture will always be for her at the top of her agenda She considers that we have nowadays a chance to work together for an inclusive and innovative Europe that takes into account the diversity for a multiplicity of innovation and ideas to tackle the global challenges with more precision. In this line, she reminded her active support for creators in relation to the polemics regarding EU’s copyright directive.

Thus, the plan for culture laid down by Gabriel is indeed promising and has a lot of potential: finding synergies with other policy domains, especially in terms of digitalization, for a culture policy that embraces, celebrates and promotes diversity and inclusion. However, if this vision is to unlock the potential of culture at its most – despite to the absence of an increase of its targeted budget within Creative Europe – an extremely fluid and constant coordination and cooperation dynamic between the domains in Gabriel’s portfolio becomes mandatory. Furthermore, that coordination and cooperation then become also essential between Gabriel and the rest of the Commission’s actors under which culture policy ramifications have fallen – such as the one of Margaritis Schinas and Sylvie Goulard.