On 1 March 2017, the European Commission published its White Paper on the Future of Europe, proposing 5 scenarios for the potential state of the Union by 2025. The paper rightly identifies the necessity of ‘restoring trust, building consensus and creating a sense of belonging’ to engage with citizens. However, in focusing its narrative on the institutional process to address the Single Market, trade and economic and monetary union, the White Paper seems to be oblivious of the underlying meaning of the EU for its citizens. None of the proposed 5 scenarios seem likely to mobilise Europeans by infusing optimism, trust and engagement.

Is Europe’s main problem linked to the institutions and the cumbersome decision making process as the White Paper seems to suggest? Is the future of Europe merely a matter of logistics? Is it not the very idea of Europe itself that is at stake?

Founding fathers built institutions around well identified goals: to create economic interdependency and to build solidarity (Treaty of Rome). Nevertheless, the fate of Europe is now at stake with upcoming national elections. It seems that Single market objectives, trade liberalisation and monetary union have not succeeded in building a EU strong enough to resist nationalism, fears from globalisation and disengagement from citizens afraid for their identity and future. The European crisis is spiritual and cultural as much as institutional or economic.

The White Paper’s scenarios fall short on addressing this problem and reduce Europe to a mere object of technical observations excluding people, the human beings from its horizon. Its ‘reform’ agenda remains focused on investment in transport and energy, growth, Single Market or the single currency. The development of the agenda is left to the various technocracies whether national or international. The traditional rhetoric comforts the vision and modus operandi of the various administrations as if nothing had changed; business as usual.

As a contribution to the debate we would like to call for a Scenario 6. The starting point of our scenario is the empowerment of Europeans citizens (and not only institutions) to influence the European agenda. In this scenario, Europeans are called upon to pursue a joint agenda for actions; institutions would be mobilised to induce collaborations, fight mistrust and implement a more inclusive and collaborative decision making process.

This agenda means that the EU will have to refocus its narratives on matters that interest people: jobs, the protection of the environment, justice, solidarity, quality of life, fight against poverty, stability in the world and mutual understanding. This agenda would be inspired by successful EU programmes promoting exchanges, risk sharing and learning such as Erasmus, joint Research programmes, existing successful industrial ventures (in aeronautics and space), networking of cities and regional, cultural commercial, technical and institutional collaborations that serve the EU agenda. Projects that build solidarity between people, businesses and institutions will be at the heart of the agenda no longer at the fringe. The agenda would be about clustering energies and goodwill at grassroots level. The EU would support experimentation and transdisciplinary actions to unlock innovation potentials. These programs would become primary policy tools to experiment and to help achieve other policy objectives such as the Single Market, Economic Union or security issues.

As a result, it is of paramount importance to review the EU communication strategy. The communication should be aimed at making citizens understand the value of investing in the EU. It should highlight the advantages of working as a team to influence world development but also to stress the distinct features of a Europe worth fighting for. The EU would commit to preserve such features including quality of life, memories, heritage, craftsmanship, creativity and traditions or cultural diversity. The EU would not only celebrate its single currency or its trade successes, it would be proud of its ability to nurture aesthetic, creativity, the ability to extract the best in individuals, promote cultural diversity and solidarity. The EU would also stress its leadership in social economy, equitable trade, organic farming, design thinking and so on. Europe for its ‘renaissance’ would be reset as an object of desire, a matter of fun, joy, elegance and tolerance.

At the end of the Second World War founding fathers of the EU were dealing with a single pressing issue: how to create the conditions for long-lasting peace in Europe. At a time of transition, great uncertainties and geopolitical upheavals Europe cannot develop scenario as if the old world just required some new institutional arrangements. 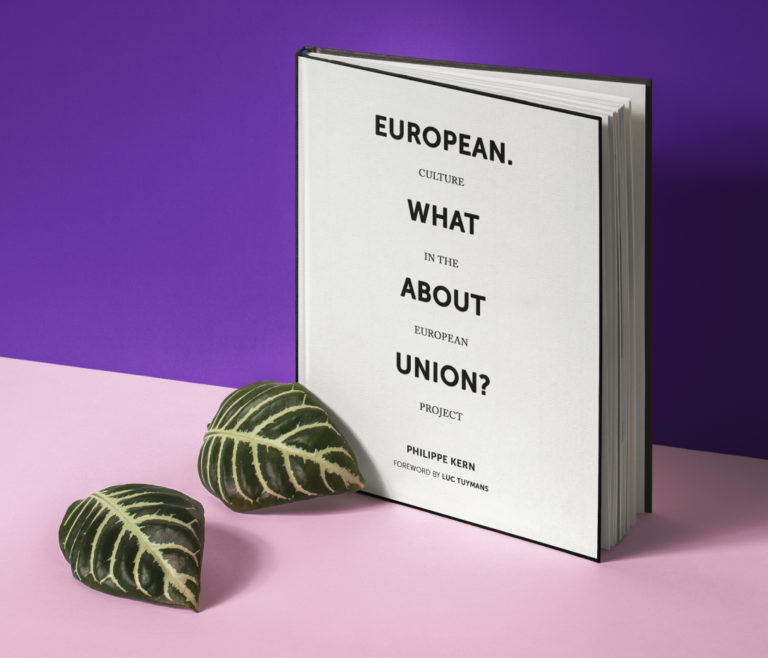 European. What about Union?

Order or learn more about the book European. What about Union? – Culture in the European Project’ (March 2017).