Culture in EU external relations – for a Creative Diplomacy 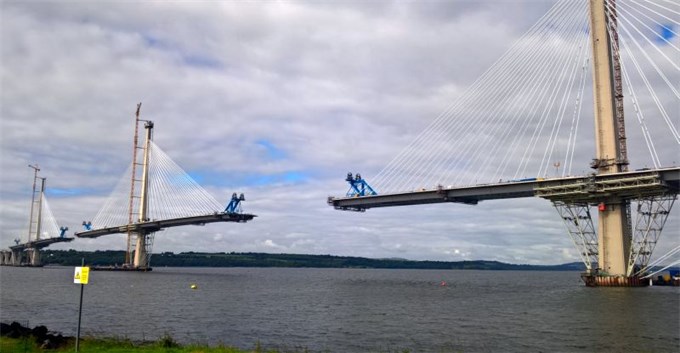 The European Union is facing many challenges. One such challenge, overshadowed by economic and financial problems, relates to the EU’s external actions and diplomacy. The revision of the EU Treaty and the acknowledgment that international problems would be more efficiently tackled by pooling diplomatic resources led to the EU being given more power in the field of external relations. The new position of High Representative of the Union for Foreign Affairs and Security was created under the Lisbon Treaty (entered into force in 2009) and the holder is charged with coordinating the EU’s Common Foreign and Security Policy. The European External Action Service (EEAS) and its country delegations throughout the world (169 countries) act as the EU’s diplomatic service. The Lisbon Treaty (art 167.3) calls upon the Union and its Member States to foster cooperation with third countries and international organisations in the sphere of culture.

Europe’s DNA is enshrined in a past where wars and rivalries between nations have nurtured the European project (2018 will celebrate the 100th Anniversary of the end of the First World War which claimed over 8.5 million lives). European countries have a history of mismanaging cultural sensibilities which gives the EU credibility and a special responsibility to engage on the global stage. The EU is about the experience of implementing a Utopia: reconciling divergent national interests for a common cause. This could benefit a new international order.

The question arises as to whether EU diplomatic efforts would not be better served by giving more consideration to cultural exchanges with a view to addressing issues such as the EU’s image, conflict prevention, mutual understanding, immigration, sustainability and the fight against terrorism. Cultural exchanges outside the EU are predominantly the realm of nation states as culture policy remains essentially organised at national level[1]. National culture policy in the field of foreign affairs is about promoting languages, student exchanges or organizing prestigious artistic events to testify strong bilateral links between States, often to underpin lucrative trade agreements and political alliances. Culture is a powerful tool to brand a country’s achievements and its glorious distinctiveness and history. Foreign relations are probably the area where culture and artists are best instrumentalised for national political and trade objectives (a form of instrumentalisation that is well accepted the more so at the Venice Art Biennale with its national pavilions).

In the EU context, cultural activities are taking place at diplomatic level essentially with a view to entertain cocktail diplomacy. The scope of these activities is often limited to the expatriate community and its social connections. Some would argue that this is natural, as there is no European cultural identity to promote.

On the other hand, it is increasingly recognised that art and culture investment could make a huge difference in EU external affairs with a view to:

Cultural operators, whether institutions, businesses, NGOs are right to make the case that cultural investment is good for foreign relations and ultimately to achieve EU goals (including in economic and trade fields). They now have to build the case justifying more culture in EU external relations’ policy.

Surely the fostering of university and scholarship exchanges is of paramount importance? The development of links between national cultural institutes and encouragement for them to pool resources for the sake of efficiency and meaningful impact is essential. However these justifications are likely to be insufficient to convince Member States that the EU’s external relations need culture beyond the implementation of the UNESCO conventions[2]. It is about mainstreaming cultural consideration in EU foreign policy making; the cultural operators providing the ideas, the energy, the engaging concepts that will enable diplomacy to be more effective because it is capable of more empathy.

The world is changing and our cultural discourse has to change too. Culture is more than exhibitions, pilot projects, institutions and artists in residence. Culture is also economic and trade exchanges, it is driving innovation at social and technology levels which are essential elements in today’s foreign relations. Culture is one of the main drivers of cities and metropoles development throughout the world.

Third countries are asking more of Europe, as the European continent is perceived as being exemplary in nurturing excellence, in valorising its heritage, and in nurturing its creative forces, while at the same time remaining open to exchanges. It is as much the cultural content produced in Europe that is in demand as the tools that Europe has put in place to support its diverse cultural expressions and identities. This is an opportunity for Europe.

Today most cultural exchanges take place through the intermediation of technology and entertainment, media or cultural, creative companies, creative incubation centres and cultural districts. Should external relations continue to ignore this?

Why is European cinema absent from Chinese screens? Why is Europe incapable of projecting its image in the rest of the world[3]? It would be a mistake to take culture only as a communication tool. Culture is an economic, trade[4] and social resource that should also be mobilised in foreign affairs.

I propose the following convincing arguments for the successful integration of culture in EU External Actions:

The priority should be to seek support for ambitious projects: projects that give resonance to the European project and its collaborative nature. Our statements should not entertain the fallacy of “independent nations” whilst globalisation requires that the existence of local identities, cultural expression and productions are addressed.

It is not enough to “open dialogues”. This smacks complacency and lack of imagination. Asia and America’s dominance should be liberating and give Europe the position of engaging citizens throughout the world in a disruptive way with all its creative capacity (that is now probably superior to its military capacity). Culture contributes towards positioning Europe as a creative continent, populated by fancy fashion designers, architects, chefs, musicians, writers, cinematographers, painters and poets. They make our world rich in ideas and beauty. Culture and its education heritage makes Europe and its cities the most attractive touristic and learning destination. The world envies Europe for its cultural and creative achievements. Cultural actors have the capacity to project Europe more globally.

Europe is not a means to an end but it is a way of life. This is the main reason why the EU’s diplomacy should require culture. What is the cost to Europe’s diplomacy for not making the most of the continent’s formidable cultural resources?

Interventions on this topic by Philippe Kern:

[2] The UNESCO Convention on the Promotion and Protection of the Diversity of Cultural Expressions of 2005.

[4] For instance, the Cariforum-EU Economic Partnership Agreement (EPA) is aimed to facilitate trade in cultural services by improving market access conditions for entertainment services suppliers from Cariforum countries. In addition, it includes a new mechanism, the Protocol on Cultural Cooperation (“Protocol”), which sets a framework for cooperation seeking to promote cultural and audiovisual exchanges.