In the follow-up to the EU Culture Forum, Anna Lisa Boni – Secretary General of EUROCITIES and Philippe Kern – Managing Director of KEA European Affairs, discuss the transformation of cultural policies in cities.

Culture is everywhere. It reaches out well beyond museums, heritage sites or traditional cultural institutions, infiltrating our daily life. It can be found in technology hubs, in media clusters nourishing innovation, on city walls in the form of graffiti and murals, or at local community centres and street festivals which trigger social interactions. It serves to create an aesthetic, an atmosphere and ultimately the attractiveness of places.

Today, the analysis of global transformation rarely stresses the cultural dimension. It is rather focused on technology (digital networks, artificial intelligence, genetic manipulation, the Internet of Things for instance), climate change, population growth or economic sustainability. This shows a tendency to attribute historical development mainly to economic, technological, business and demographic factors – as if ideas, creations, institutions and culture played little role in major global change.

Too often, culture and its agents (artists, creative professionals, cultural institutions) are given poor consideration in the context of economic and social development. This is not new, but rather puzzling – considering the important role of culture and cultural operators in the shaping of today’s and tomorrow’s world.

The lack of awareness of the transformative power of culture and its ability to address economic, social or diplomatic issues may be due to various factors:

Of all public institutions, cities are the most aware of the importance of managing local cultural resources to remain relevant and attractive. Observations from the EU funded Culture for Cities and Regions[1] project show that culture is increasingly mainstreamed in various policy areas such as innovation, economic development, social cohesion, urban planning as well as cities’ external relations strategies.

Cultural investment and cultural workers influence the attractiveness of cities, the spirit and morale of people, and are the focus of cultural policies. This influence is largely unknown because such initiatives are rarely branded as cultural. They are often piloted by development or economic agencies as part of innovation programmes, often in the social field or as part of urban regeneration. They are also the result of individual or collective initiatives emerging from collaborative ecosystems enabled at city level because of public support or the concentration of active creative personalities and entrepreneurs.

As a result, cities are triggering a cultural policy revolution. This trend is due to increased evidence of the impact of cultural investment on urban regeneration. The new cultural policies are aimed at augmenting or leading local development, and they focus on:

A large number of cities contribute to successfully mainstreaming culture in various policy areas with a view to promoting:

A new urban movement on its way – leading to social transformation

The international community of cultural workers is cosmopolitan with a global mindset. They are concerned about issues such as nationalism, xenophobia, environmental protection and climate change. However, this sensibility is not preventing pride in their cultural roots and desire to share their stories. Regional cultures (Bavaria, Catalonia, Corsica, Flanders, Scotland) enhance the expression of European diversity and promote democratic participation.

In parallel, the consumption of culture is changing and becoming more focused on shared activities. Events and festivals based around music, street art, theatre, film, spoken word or food create opportunities for people to get together. Cultural consumption is an excuse to celebrate together. This culture is not state or ideology controlled. It is not aimed at building new myths, religions or supporting new revolutions. It is about making friends and creating more opportunities for sharing. It is about co-producing amongst peers, and informal or project-based initiatives which are often carried out by independent freelancers working outside corporate settings, but who, at the same time, are in some way connected to such environments.

This trend, this new way of working, favours collaboration as opposed to competition, establishing solidarity and partnerships, and new forms of entrepreneurship driven by social rather than economic goals. It offers a vision of society and its structure, in which the nation state will be one unit of integration amongst others, but in which cities will co-exist. A societal vision that will be post-capitalist, driven by knowledge, and foresees cultural stakeholders playing a key role in developing a new social ideology based on creativity and innovation. This society might be divided by new sets of values – one promoted by the technologist and scientist, and one by the cultural workers. Creative parks or innovation hubs often group both skills in order to generate innovation and creativity in an interdisciplinary spirit. Cities have a role to play in encouraging both worlds to converge and collaborate, to enable us to imagine tomorrow’s world.

[1] Culture for Cities and regions: This €1 million project funded under the Creative Europe programme (DG EAC) aims to take stock of existing practices all over Europe to exchange and promote transfer of knowledge, to better understand successful cases of cultural investment, and to go into the details of policy planning and implementation. This three-year project, led by EUROCITIES in collaboration with KEA, produced a catalogue of 70 case studies, organised 15 thematic study visits and provided expert coaching for 10 cities/regions.

EUROCITIES is the network of major European cities. It brings together the local governments of over 140 of Europe’s largest cities and over 40 partner cities, that between them govern 130 million citizens across 39 countries 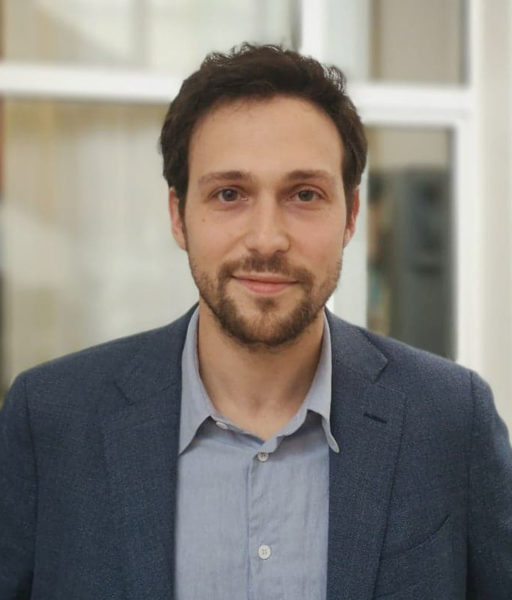